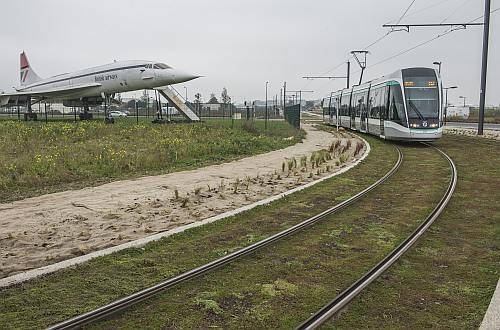 The 11.2km line has 18 stations and runs south from an interchange with Metro Line 7 at Villejuif/Louis-Aragon to Porte de l'Essone in Athis-Mons. The line intersects with RER Line C at La Fraternelle and the OrlyVal automated metro link to Paris Orly Airport. In future the line will also be linked to lines 14, 15, and 18 of the Grand Paris automated express metro network.

Trams operate at up to six-minute intervals during peak periods but services will run every four minutes from 2018, when the extension to Juvisy-sur-Orge RER station is due to be completed. The line is expcted to carry 30,000 passengers per day by 2018.

The total cost of infrastructure for the project was €318.3m, while the fleet of 19 Citadis 302 low-floor LRVs, which were acquired from Alstom by STIF, cost €53m.