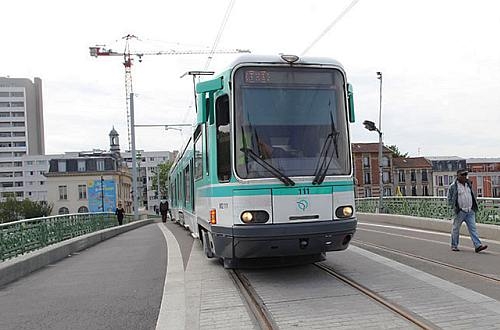 Construction began in 2008 on the €150m extension which has 10 stations, including interchanges with RER Line D at Saint Denis, RER Line C at Gennevilliers, and Metro Line 13 at Les Courtilles.

The journey time between Saint Denis and Les Courtilles is 17 minutes, and services operate at minimum intervals of four minutes during peak periods.

A further 8km eastern extension is planned, which will take trams from Noisy-le-Sec to Romainville and Montreuil, terminating at an interchange with RER Line A at Val-de-Fontenay. Paris Transport Authority (RATP) will procure 15 additional low-floor LRVs to provide the additional capacity required for the €400m extension, which is due to be completed in 2016.