THE extension of Paris tram-train Line T4 to Clichy-sous-Bois and Montfermeil has moved a step closer after the €214m project was granted public utility status by Seine-Saint-Denis council. 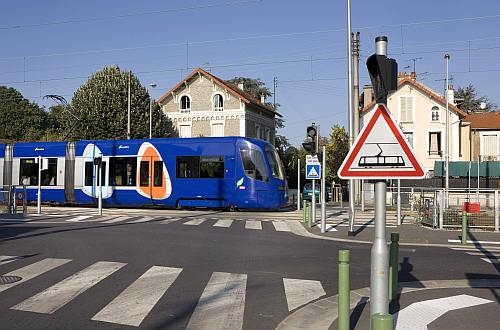 The project involves constructing a 6.5km branch off the initial Aulnay-sous-Bois – Bondy section of T4 from a junction at Gargan. The branch will have 11 stations, including an interchange with the future Grand Paris Express metro Line 16 at Clichy-Montfermeil. Daily ridership is forecast to be around 37,000, and around 30% of journeys will be through trips from Line 16.

Construction is due to start in the middle of next year and public services will begin at the end of 2017.

The line will be funded by the national government and the Il-de-France region, while Ile-de-France Transport Authority (Stif) will cover the €60m cost of rolling stock.

Meanwhile, Stif has begun public consultation on plans for the 5.4km eastern extension of metro Line 11 from Mairie des Lilas to Rosny-Bois-Perrier. The line will run mostly underground with six stations. The €1.25bn project is due to be completed in 2019.