MPK Krakow has selected Pesa as preferred bidder for a contract to supply 35 LRVs, with an option for 15 vehicles, after a decision to exclude the Polish manufacturer from the tender was overturned. 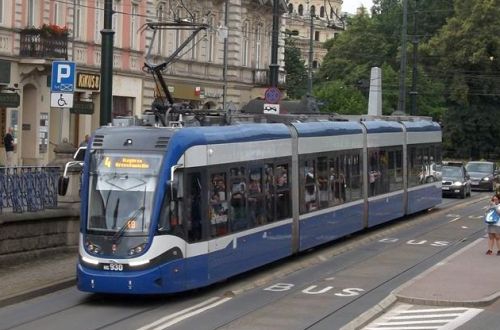 Pesa submitted a bid of Zlotys 427.4m ($US 117.9m) for 50 unidirectional Karakowiak II vehicles, which will be a development of the bidirectional Krakowiak LRV, 36 of which were supplied to MPK by Pesa in 2015-16. At 32-35m, the new vehicles will be shorter than the existing Krakowiaks, which are the longest vehicles in MPK’s fleet. The new vehicles will also be able to operate without catenary for up to 3.5km.

In addition to the offer from Pesa, Newag, Škoda, and a consortium of Stadler Poland and Solaris submitted bids for the contract. Pesa submitted the lowest-priced offer, but was subsequently excluded from the competition due to late delivery of the Krakowiak fleet.

However, Pesa contested its disqualification at Poland’s National Court of Appeal, which ruled in favour of the supplier.

The LRVs must be delivered within 30 months and MPK will accept a maximum of three vehicles every two weeks. The deadline for exercising the option is October 31 2021, and deliveries must be completed by October 2023.