Pesa to supply LRVs to Tallinn

Contract worth €52m including option. 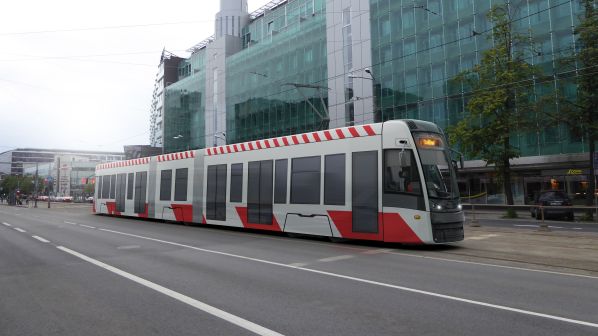 TALLINN City Transport (TLT) has signed a contract with Pesa for the supply of up to 23 LRVs, worth €52m including an option for 15 additional vehicles.

Delivery of the first eight LRVs under the base order is due to start in the third quarter of 2024, says Mr Pawel Hardy, Tallinn contract manager at Pesa.

TLT would then have up to 16 months to exercise its option for an additional 15 LRVs, according to the manufacturer.

The LRVs that Pesa is supplying to Tallin are from the Twist family, and are three-section vehicles that are 28.6m long overall. Each can accommodate up to 309 passengers, with seats for 65, and will be air-conditioned throughout with heated floors.

The new fleet will operate at up to 50km/h, and will feature energy recuperation, online diagnostics and a passenger-counting system.

“Thanks to the Twist trams, our residents will travel in comfortable conditions,” says Mr Andrei Novikov, deputy mayor of Tallinn and chairman of the TLT board.

The new fleet forms part of a programme to upgrade public transport in Tallinn, which also includes new line construction and the creation of a new multi-modal interchange.

“The new tram line will connect the old harbour with the Rail Baltica terminal and the airport,” Novikov says. “This investment will create a significant modern interchange in Tallinn, bringing together bus, train and tram lines at one station.”