PHOENIX Valley Metro has launched a tender for a contract to supply additional LRVs for the expansion of the light rail network in the state capital of Arizona. 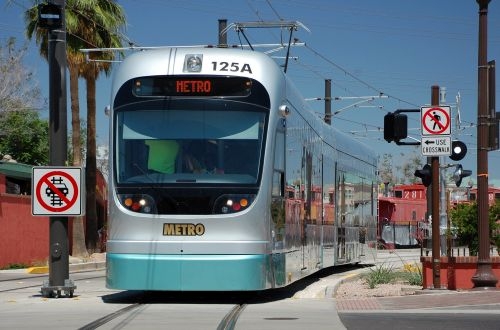 The Multi-Year Light Rail Vehicle Acquisition Program specifies a base order for 11 LRVs with an options for up to 58 additional vehicles over a seven-year period.

A pre-proposal conference for prospective bidders will be held in the city on March 3 and the deadline for expressions of interest is April 11.

The additional vehicles will support a number of planned extensions. The 5.1km first phase of the Northwest Extension from the current northern terminus at 19th Avenue/Montebello to Dunlap Avenue and is due to open later this year, with a second phase expected to reach Metrocenter Mall by 2026. A preliminary construction contract was awarded in October 2015 for the 3.1km two-station eastern extension from central Mesa to Gilbert Road. Major construction will begin on the $US 152.7m project later this year and commercial operation is expected to begin in mid-2018.