AFTER almost four years of delays, the president and CEO of Attiko Metro Mr Christos Tsitouras and Mr Dimitrios Dinopoulos, representative of concessionaire Themeli finally signed the contract for the extension of the Athens light rail network to Piraeus port on January 14. 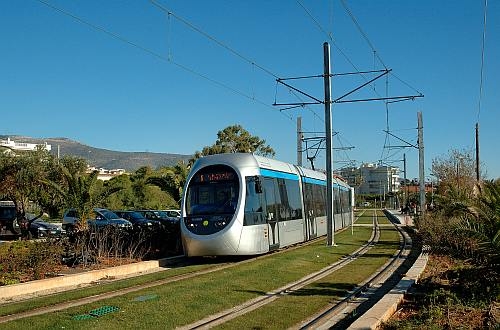 The €61.5m project is being funded through the Greek National Development Programme and the city of Athens' 2007-13 budget.

The contract was signed in the the presence of Greek minister of infrastructure, transport and networks Mr Kostis Hatzidakis, and the mayor of Piraeus Mr Vassilis Michaloliakos.

The 5.4km extension will run from the current terminus at Neo Faliro on the eastern side of Piraeus, passing through the city centre before terminating at Akti Posidonos station, which will serve the port. The extension will have 12 stations and will carry around 35,000 passengers per day, with a journey time of eight minutes between Neo Faliro and Akti Posidonos. Construction will begin in April and the line will be commissioned in February 2015.

To support the expansion of the network, Attiko Metro has allocated an additional €45m toprocure 25 new low-floor LRVs through an international tender.

Further extensions of the Piraeus line are planned to serve Kallipoli (stage B) and Perama (stage C), while in Athens extensions from Elliniko to Argyroupoli and from Syntagma square to Aigyptou square and Patisia are being studied.