PLANNING began on March 18 for Hungary's first tram-train project, which will link the tram network in the city Szeged and a planned light rail line in Hódmezővásárhely via Hungarian State Railways' (MÁV) Szeged – Békéscsaba line. 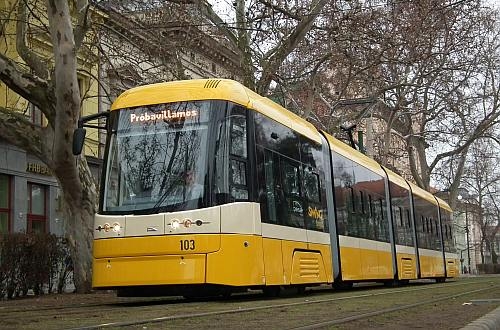 Utiber, Hungary, is responsible for planning the Forints 20bn ($US 72m) project and will complete detailed feasibility studies by the end of the year. Detailed planning and approval will take place next year and construction will begin in 2017 with the project due for completion in 2018.

The project involves linking Szeged tram Line 2 to the main line network at Szeged-Rókus station. Tram-trains will run on the MÁV line as far Hódmezővásárhely-Népkert, continuing on a new light rail alignment through the town centre before rejoining the heavy rail line at the city's main station. The alignment of the light rail line in Hódmezővásárhely has yet to be finalised.

MÁV is planning to electrify the Szeged – Békéscsaba – Gyula line by 2020 although there are doubts over when this project will be completed, which means the Szeged tram-train may initially operate with dual-mode vehicles.

It is also possible that a second track will need to be constructed between Szeged-Rókus and Hódmezővásárhely to accommodate the increase in traffic.