TESTING of the first Potsdam Tatra KT4D trams to be refurbished by Prague Public Transport (DPP) began on the tram network in the Czech capital on December 19. 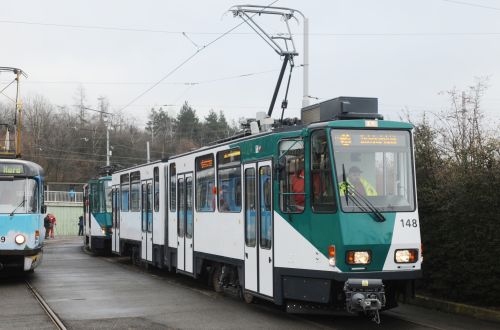 Stadtwerke Potsdam awarded DPP a contract to refurbish 12 vehicles in May 2016 following a European tender.

Modernisation of the fleet is intended to extend the life of the vehicles by eight years or 800,000km. The 17-month programme includes the replacement of floors and an exterior repaint.

Potsdam has opted to upgrade its Tatra trams as a quick and cost-effective response to rapidly-increasing ridership on the tram network. The work is being carried out as part of a €50m project to upgrade and expand the network.