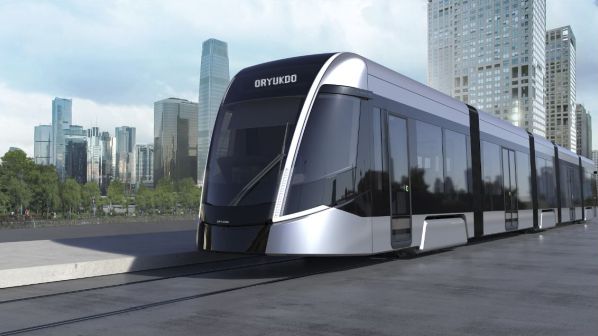 RESIDENTS of Busan, Korea, have selected the chosen design for battery light rail vehicles which will be used on the city’s 5.15km Oryukdo Line, the first light rail project to be developed in Korea since the country’s final tram line closed in 1968.

The Metropolitan Transport Commission of the Ministry of Land, Infrastructure and Transport (Molit) approved the 1.9km demonstration section of the north-south line in the southeastern district of Yongho-dong from Kyungsung University station on Metro Line 2 to Igidae, serving five stops, in October 2020. The project is costing Won 48.7bn ($US 42.2m) and it is expected to open in 2023. The full line will continue from Samgeori to Oryukdo Skywalk.

The line is being developed by Molit and the Korea Railroad Research Institute (KRRI) as part of a railway technology research project, which set the standards for light rail in Korea and serve as a demonstration to other local governments considering the technology. Busan was selected from four cities for the pilot.

Dawonsys, Korea, is manufacturing the catenary-free vehicles and will have a range of 40km on a single charge.