A CONSORTIUM of Qatari Diar Vinci Construction (QDVC) and Alstom was awarded a €2bn design-build contract by Qatar Railways for the Lusail light rail project at a ceremony in Paris on June 23 attended by President François Hollande of France and Sheikh Tamim Bin Hamad Al Tani, Emir of Qatar. 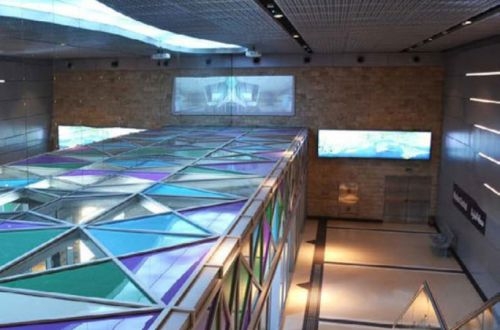 QDVC has been working on the project since it won the first of two construction contracts for the 33km four-line network in 2007 and 2012. So far, 7km of tunnels and seven underground and four surface stations have been built along with the viaduct to the depot.

Under the new contract, QDVC will be responsible for building the remaining 25 stations, the depot, architectural and electro-mechanical works, and project management.

Alstom, whose share of the contract is worth €750m, will supply 35 LRVs, and provide catenary-free electrification, power supply, track, signalling, telecommunications and train control.

The network comprises 22.7km of at-grade and elevated railway and 10.4km of cut-and-cover construction, plus 10 underground and 26 surface stations.

The LRT network will connect with both the planned national railway network and the Doha metro, which is now under construction.

The first line is expected to open in 2018 followed by the remaining three lines in 2020.

Lusail is a new waterfront city being built to the north of the Qatari capital Doha. It will cover 35 square km and provide homes for around 200,000 people.