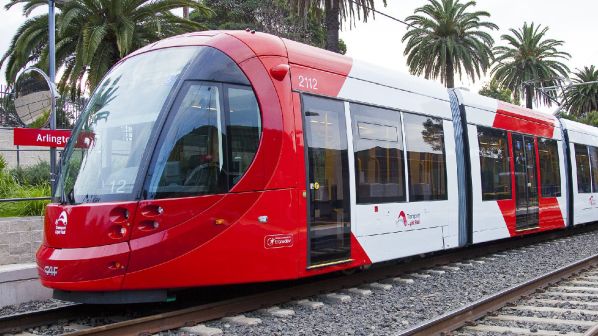 SPANISH rolling stock manufacturer CAF has promised that the fleet of 12 Urbos 3 LRVs it supplied for the Inner West light rail line from Central Station to Dulwich Hill in Sydney will be back in service within “a couple of months,” once work is completed to repair cracks over the wheel arches.

Thousands of passengers have been using replacement bus services after Transport for New South Wales (TfNSW) discovered the cracks in November 2021, withdrawing the fleet from service.

At the same time TfNSW sent two staff members to the Midland Metro in Birmingham, Britain, where the entire fleet of CAF Urbos 3 LRVs has been taken out of service several times due to cracks.

The manufacturer says that it is not entirely responsible for the cracks in the vehicles, and is confident of repairing the 12-strong fleet after welders were sent from its factories in Spain to join repair contractors in Sydney.

CAF international division area director, Mr Iñaki Mendizabal, says the company was holding its own investigation alongside the two official investigations into the cracks, and believed it was too soon to apportion blame over the cause of the faults.

“We hope that very, very soon the trams will return to service,” he told the Sydney Morning Herald newspaper.

Asked when that would be, he said: “a couple of months, maximum.”

NSW transport minister, Mr Rob Stokes, told the state parliament in November 2021 that he expected that taxpayers would “not pay one cent toward the costs of rectification.”

Mendizabal said the problems with the Sydney LRV fleet would not deter CAF from seeking to win more contracts in Australia. It has been shortlisted for a $A 7.1bn ($US 4.8bn) contract to supply 65 passenger trains to Queensland, and hopes to add to the LRVs it has supplied for the Parramatta line in Sydney and to Newcastle and Canberra.

CAF is also part of the Momentum consortium that is designing and building new regional trains for NSW.