HELSINKI Transport (HKL) has leased two of its Variotram low-floor LRVs to Rhine-Neckar Transport (RNV), which will evaluate the vehicles on its tram networks in Ludwigshafen, Mannheim, and Heidelberg. 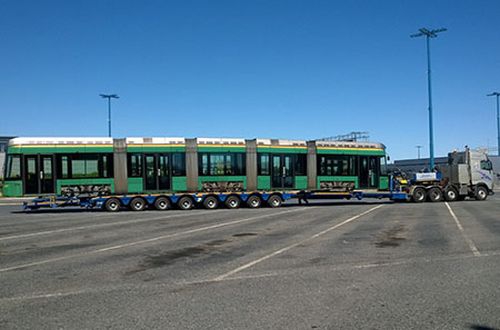 The vehicles were handed over to RNV on July 19 and will remain in Germany until at least January 2018, with an option for a six-month extension.

HKL took delivery of 40 Variotram LRVs between 1998 and 2003 and the vehicles were assembled in Finland under a technology transfer agreement between Adtranz and Transtech. However, the fleet suffered numerous technical problems including cracks in bogies and bodyshells, which significantly affected availability. Bombardier took over maintenance of the fleet in May 2008.