GERMANY’s Ruhrbahn is planning to launch tenders later this year for 77 new LRVs to replace the entire Essen Stadtbahn fleet and complete the conversion of the city’s tram network to low-floor operation. 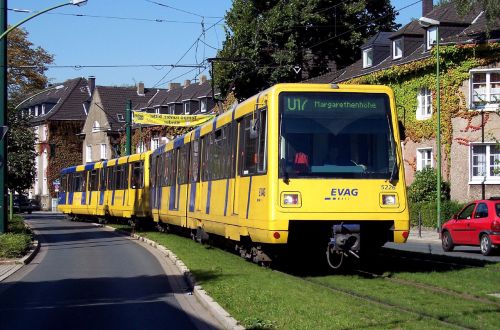 The new LRVs will be the first air-conditioned vehicles to operate on the 19.6km three-line Stadtbahn network. The HF1s will be longer than the existing vehicles, increasing standing capacity from 222 to 282 with 144 seats. The procurement has an estimated cost of €168m and the fleet is due to enter service between 2023 and 2025.

Ruhrbahn also plans to purchase 26 low-floor LRVs - designated type NF4 - at an estimated unit price of €2.8m for the 52.6km metre-gauge tram network. These vehicles will be delivered in 2022-2024, enabling the withdrawal of the city’s remaining high-floor trams.