SALT Lake City inaugurated the latest phase of its Trax light rail network on April 13, when a free preview service gave residents their first chance to travel on the 9.7km line to Salt Lake International Airport. 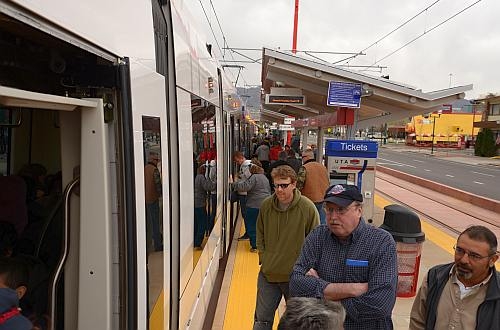 Commercial services began the following day on the six-station line, and initially operate at 15-minute intervals on weekdays and 20 minutes at weekends with a journey time of around 20 minutes.

The Airport Trax service operates as an extension of the existing Green Line, running from Arena station in the city centre and following North Temple through the western suburbs of the city to reach the airport station, which is sited just east of Terminal 1.

The $US 235m project is one of the final phases of Utah Transit Authority's Front Lines 2015 programme, which was launched in 2006 to expand Salt Lake City's light rail and commuter rail networks by 112km.