A prototype 1524mm-gauge LRV developed by the Stadler Minsk joint venture of Stadler Rail and Belkommunmash, Belarus is to undergo trials in the Russian city of Samara following four months of successful testing with Moscow tram operator Mosgortrans. 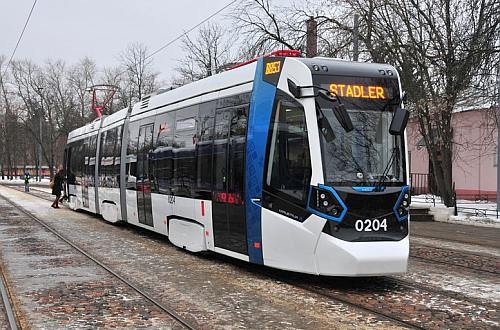 The bidirectional V853000M Metelica vehicle has been designed specifically for the CIS region and will operate in ambient temperatures ranging from -40 to +40oC.

The prototype Metelica has covered more than 10,000km since it arrived in the Russian capital in February.

Samara is Russia's sixth-largest city and operates a 161km tram network with a fleet of around 450 vehicles. The city is due to host matches during the 2018 Fifa World Cup and plans to introduce new LRVs in time for the tournament.