THE Uzbek city of Samarkand inaugurated the initial phase of its tram network on April 15, just six months after the start of construction on the first line. 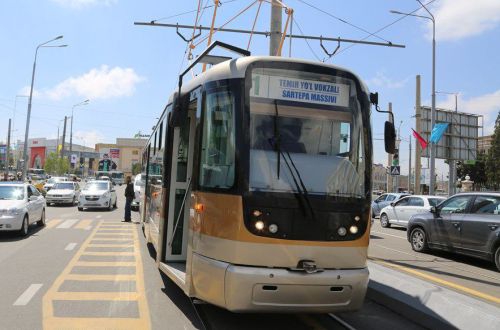 The 6.4km north-south line links the city’s main railway station with Sartepa Massivi in the district of Sat Tepo.

Services operate between 06.00 and 23.00 with trams running at seven-minute intervals. The fleet of Pragoimex VarioLF trams was acquired from Tashkent, which abandoned its tram network last year.

Work is also underway on a 5km line from the main station to Siab Bazaar and a four-line network totalling 34.8km is planned.