THE first of eight LRVs being supplied by Durmazlar, Turkey, to Samsun arrived in the Turkish city on October 26 after completing its road journey from the company’s plant in Bursa. 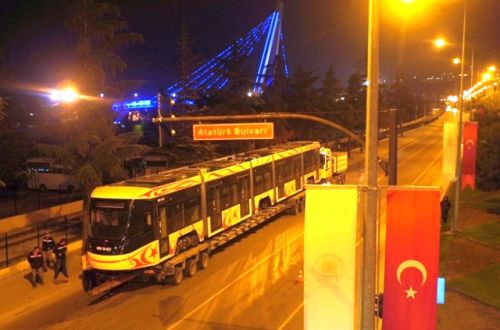 The 31.8m-long vehicles are being supplied under a €12m contract awarded by Samsun Metropolitan Municipality last October.

The LRVs will supplement the existing fleet of AnsaldoBreda and CNR vehicles on the city’s north-south tram line, which was recently extended by 14km from Gar to Tekkeköy.