SAN DIEGO Association of Governments (Sandag) has launched the final phase of a major project to modernise the Blue Line, the oldest part of the city's light rail network, which opened in 1981. 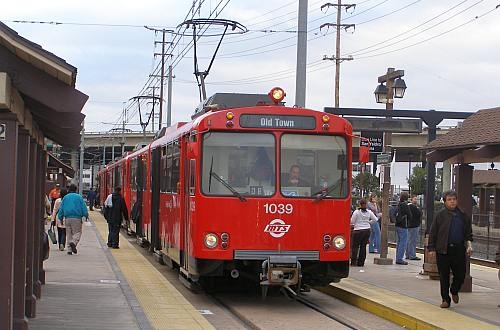 Major construction started last week on the line between Barrio Logan and San Ysidro on the project, which involves the total reconstruction of 12 stations, installation of new passenger information systems and platform furniture, and track relaying.

Work began on the upgrade in 2010 with the renewal of catenary wires, and over the last three years new switches and crossovers have been installed along the line.

The line is one of the busiest sections of the network, with average weekday ridership exceeding 45,000.

More than half of the $US 660m being spent on the modernisation of San Diego's existing light rail network is being invested in improving the Blue Line.

New low-floor Siemens S70 LRVs will enter service on the Blue Line at the end of next year, replacing U2 vehicles which date from the opening of the system.