SIEMENS announced on November 1 that it has received an order for 45 new S70 LRVs from San Diego Metropolitan Transit System, expanding their 35-year-long partnership. 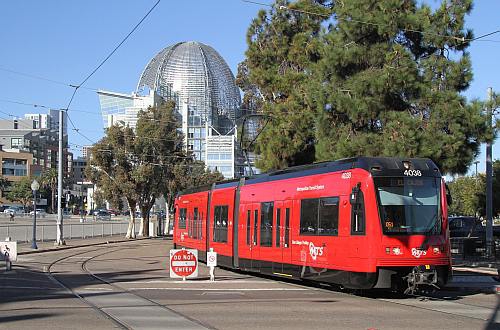 The new LRVs will operate on the 17.7km extension of the Blue Line extension, which is currently under construction, and allow service enhancements on existing lines.

This order brings the total number of vehicles supplied by Siemens to MTS since the first line opened in 1981 to 244, making MTS the largest light rail customer for Siemens light rail vehicles in the United States.

MTS has now retired or sold 71 Siemens U-2 vehicles which were the original vehicles on the nation’s first modern light-rail system, and the initial 24km segment from San Ysidro on the Mexican border to San Diego city centre has since grown to more than 85km of double-tracked railway.

The new LRVs will feature a new middle section of the vehicle which will improve passenger flow, and includes better wheelchair accessibility and bicycle storage. MTS will use 36 of the 45 new LRVs on a new service to help manage demand to and from the University City community, the Mid-Coast Trolley expansion.

The other nine vehicles will enable increased operation of frequencies Blue and Orange lines.

“Our relationship with Siemens is a true partnership,” says MTS CEO Mr Paul Jablonski. “We work together at every step to design the best-possible vehicle for our system, and more importantly, our riders.”

The first LRVs are expected to arrive in late 2018.