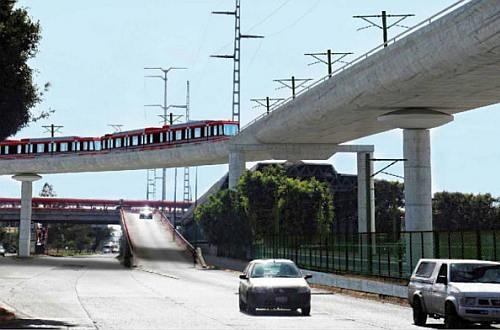 Alstom will supply 18 LRVs after beating off competition from CAF, with its share of the contract worth Pesos 4.5bn. Alstom will also supply a train control solution based on its Urbalis 400 communications-based train control (CBTC) platform while OHL will implement civil works and provide overhead electrification through its Mexican Road Project Construction subsidiary. OHL's share of the contract is worth Pesos 1.95bn.

In addition OHL also secured a Pesos 1.66bn contract from SCT for civil works on the second phase of the project, which consists of the 7.45km elevated section from Avenida Revolucion to Bus Station. OHL will be responsible for constructing the viaduct and six elevated stations which will have 75m-long platforms, carrying out the work through its Mexican subsidiary.

The 21.5km Line 3 will run from Zapopán to Guadalajara and Tlaquepaque and include 18 stations, 13 of which will be elevated and five underground. Construction on the first phase of the project from Periférico Zapopan in the northwest of the city to Federalisimo on Line 1 got underway in August. The third phase of the project consists of a 5.4km section from Plaza de la Bandera to Normal. Up to 230,000 passengers per day are expected to use the line when it opens, doubling ridership on the network, which consists of the 15.5km north-south Line 1, and the 8.5km east-west Line 2.