SEATTLE Department of Transportation has awarded CAF a contract worth more than $US 50m to supply 10 three-section Urbos LRVs for the Seattle Streetcar network. 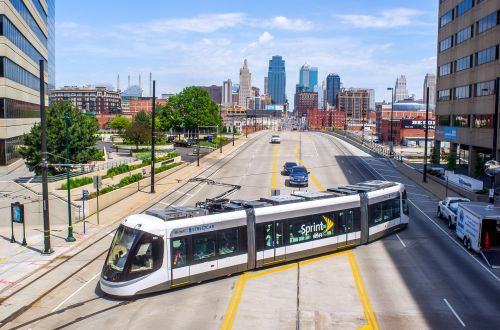 The vehicles are being procured as part of the City Center Connector project, which will link the existing South Lake Union and First Hill Streetcar lines via 1st Avenue and Stewart Street in the city centre.

The bidirectional low-floor LRVs will be equipped with an onboard energy storage system supplied by CAF Power & Automation.

The contract includes the provision of spare parts, special tools and testing equipment.

Delivery of the new catenary-free LRVs will enable Seattle to dispense with three of the Inkeon Trio trams currently used on the South Lake Union line.

In addition to the order from Seattle, Kansas City Transport Authority has approved the purchase of two additional Urbos LRVs to supplement the fleet of four vehicles already in operation on the KC Streetcar line. The order is worth around $US 10m and expands the fleet to provide additional capacity on the 3.5km line from River Market to Union Station, which opened in May 2016.