SEOUL has approved the 16.15km West Line light rail project, after the line passed preliminary feasibility tests carried out by the Public and Private Infrastructure Investment Management Centre at the Korea Development Institute. 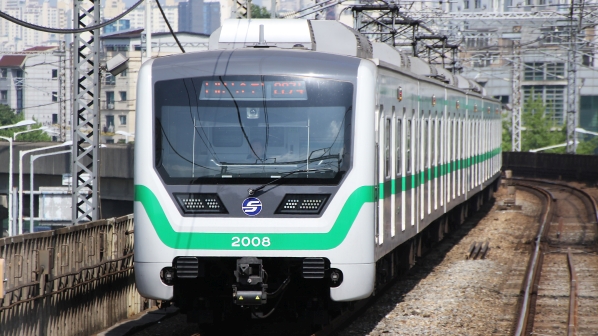 The West Line will connect neighbourhoods in the northwest and southwest of Seoul, an area with little metro development compared with the rest of the city.

The line will start in Eunpyeong District and run to the southern Gwanak District, with 16 stations including five transfer points with Seoul Metro lines 1, 2, 6, 7 and 9.

The line has been planned since the early 2000s and was first included in the city’s First Stage Urban Railway Network Development Plan in 2008. Seoul says that one of the goals of the line is to reduce the lack of transport options in western areas of the city.

Doosan Engineering & Construction submitted a business plan for a line to connect Saejeol station (Metro Line 6) and Jangseungbaegi station (Line 7) in 2008, but this was delayed due to controversy over the excessive budget relative to its feasibility.

A 4km section between Jangseungbaegi and Seoul National University (Line 2) was added in 2013 during the review of the city’s mid-to-long-term urban railway plan.

Doosan submitted a new business plan reflecting this change in 2017. Financing was also changed from the former build-transfer-operate (BTO) model, where the developer bears all costs, to a BTO-RS model with the risk and profit shared between the developer and government.

A preliminary feasibility analysis of the project began in March 2017, but the long duration of the process cast uncertainty on whether it would be approved.

The project eventually received a cost-benefit ratio of 1.05. A tender to find a developer will now be prepared, with this expected to be released in the second half of 2020. Design is anticipated to be completed by 2023, with construction due to start later that year. Seoul says that it will use its full efforts to open the line by 2028.

“The West Line is a new light-rail corridor connecting the northwestern and southwestern regions of Seoul, which have been less favoured by rail development, and I am confident that it will serve as a catalyst to ease chronic traffic congestion, and increase access to the city centre to speed up balanced development (across Seoul),” says Seoul mayor, Mr Park Won-soon. “In the past, western light rail lines in particular were left out of various development projects, and this project acts as a symbol of a more balanced regional development. We will do our best to enhance the convenience of the lives of local residents who have been waiting 20 years and to encourage the revitalisation of the region.”