THE first Silkworm low-floor LRV for the initial phase of the light rail network in the Songiang district of Shanghai was unveiled at the Rail+Metro China exhibition in Shanghai on June 14. 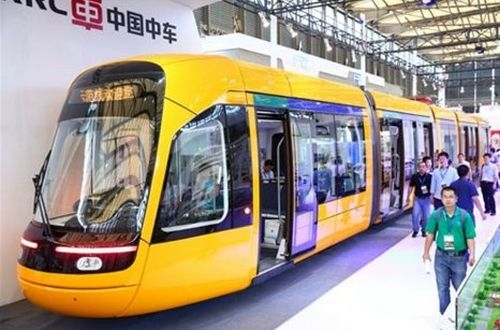 Shanghai Songjiang Tramway Investment and Operation Company awarded a joint venture of Alstom and Shanghai Rail Traffic Equipment Development Company (Satco) a €72m contract in April 2015 to supply 30 vehicles, which are the first in China to be based on Alstom's Citadis LRV.

The five-section bidirectional vehicles are 33m long and 2.65m wide.

The first phase of the Songjiang tram network is due to open next year and comprises two lines (T1 and T2) totalling 31km with 42 stations serving the southwest of Shanghai. A 90km network is envisaged in the longer-term.