A consortium of Shenzhen Metro Group and China Railway Construction Investment Group has secured a build-operate-transfer PPP contract for the inaugural light rail project in Shenzhen, an 11.9km 1435mm-gauge line in the northern Longhua district. 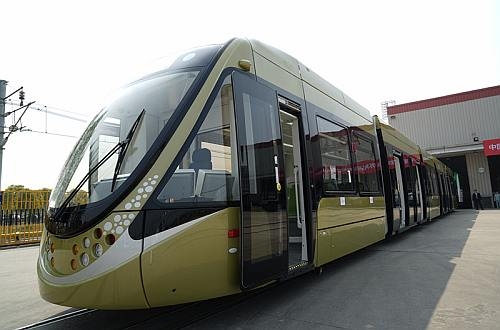 The line comprises a 9.2km section from Longhua station on metro Line 4, following the metro as far as Qinghu. The line then continues north along Meilong Avenue and Dahe Road to Huanguan South Road, where a 2.7km Yuangang diverges. The line continues north along Dahe Road, serving Jinxiang Industrial Park before terminating at an interchange with the northern extension of metro Line 4 in Guanlan.

The signing of the contract follows a 10-month tender process and marks the official start of the project, with construction expected to conclude in 2016. The consortium will subsequently operate the service under a 20-year concession agreement in what is the first PPP contract awarded in China for a light rail project.

Shenzhen is planning to develop a 10-line light rail network, with subsequent lines expected to serve the city of Shenzhen as well as the districts of Longgang, Pingshan, Bao'an, and Guangming.