THE HAGUE Tramways (HTM) launched its new fleet of Siemens Avenio LRVs on the morning of November 2, when the first of the low-floor vehicles entered passenger service on Line 2 between Kraayenstein and Leidschendam North. 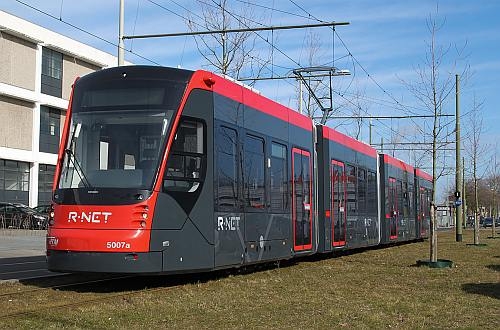 HTM awarded Siemens a €100m contract for 40 vehicles in November 2011, and subsequently exercised an option for a further 20 units in March 2014. The vehicles are being assembled at Siemens' Simmering plant in Vienna.

Each 35m-long bi-directional LRV will accommodate up to 238 passengers with 70 seated.

A full technical description of the Avenio can be viewed here.