ALSTOM confirmed on January 5 that French National Railways (SNCF) has placed a €75m order on behalf of Ile-de-France transport authority STIF for 15 Citadis Dualis tram-trains for the €270m extension of Paris Line T4 from Gargan to Montfermeil. 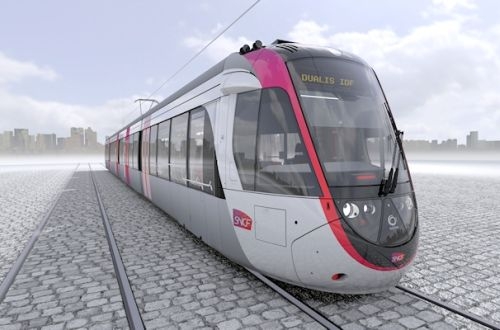 The 100km/h vehicles will be assembled at Alstom's Valenciennes plant in northern France and deliveries will begin in October 2017. The fleet will enter service in 2019. The order is part of a framework contract which was signed by Alstom, SNCF, the French regions in 2007.

The expansion of Line T4 involves constructing a 6.5km branch off the initial Bondy - Aulnay-sous-Bois section from a junction at Gargan. The branch will have 11 stations, including an interchange with the future Grand Paris Express metro Line 16 at Clichy-Montfermeil. Daily ridership is forecast to be around 37,000, and around 30% of journeys will be through trips from Line 16.

As part of the project the existing section of Line T4, which opened in 2006, will be upgraded and adapted for the new tram-trains.