IRJ at InnoTrans 2016: POLISH tram and bus manufacturer Solaris and Stadler Rail announced on September 20 that the two companies will launch a new strategic partnership to bid for contracts to supply light rail vehicles in Poland and elsewhere in central and eastern Europe. 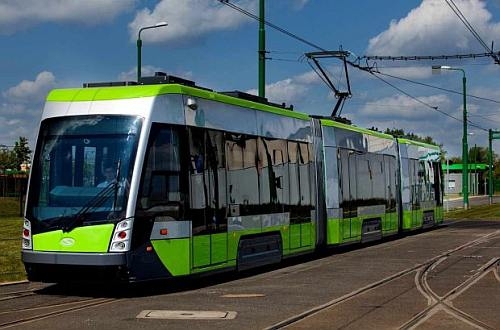 Stadler Rail CEO Mr Peter Spuhler told a press conference that the two companies are already planning to bid jointly for an LRV contract in Krakow. “Together we want to strengthen our market position in the region,” Spuhler says. “Our companies complement each other very well and we will be stronger together in this very competitive market segment.”

Over the last seven years Solaris has supplied its Tramino LRV to the cities of Poznan and Olsztyn in Poland and Braunschweig and Jena in German. It also secured a contract in March 2015 to supply up to 41 Traminos to Leipzig.

The Tramino for Olsztyn is on display in the outdoor area at InnoTrans.