SOLARIS, Poland, has delivered the first of 15 standard-gauge Tramino S111O low-floor LRVs for the first phase of the light rail network in the Polish city of Olsztyn. 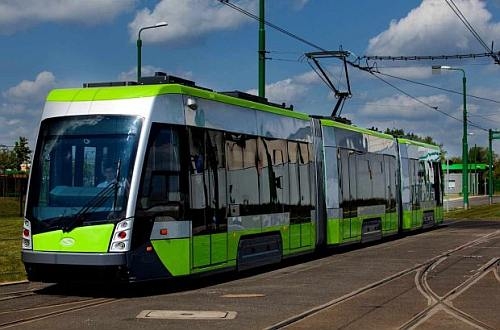 The 29.3m-long three-section bidirectional vehicles will accommodate more than 230 passengers, 36 of them seated.

The 10.5km network is due to open in November and comprises a double-track north-south line from the city's main railway station to Osiedle Jaroty, with two short single-track branches, one of which will serve the University of Warmia and Mazury campus.

The €105.3m project is being 85%-funded by the European Union through the European Regional Development Fund (ERDF).