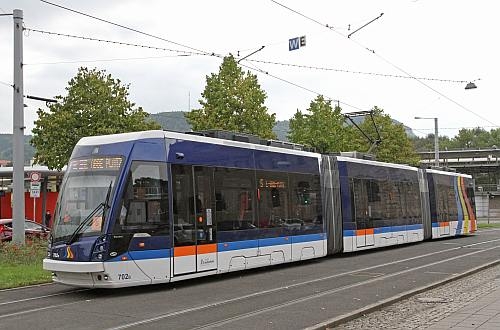 The city's tram operator LVB tendered for up to 41 trams and will initially order five vehicles at a cost of €7•7m for its' 319km 1458mm-gauge network.

The 45m-long vehicles will accommodate up to 200 passengers and will replace Tatra vehicles dating from 1969-1986.

Deliveries will start next year and Solaris has indicated that it could deliver all 41 vehicles, if they are ordered, within 18 months. LVB currently has a fleet of over 300 trams but this will be reduced to around 215 if all 41 of the longer Traminos are purchased with each new vehicle replacing two or three of the shorter Tatra trams.

Assuming the options for the remaining 36 vehicles are taken up, the contract could be worth around €120 million and will replace all 131 remaining Tatra trams.

Solaris has delivered five Tramino LRVs to Jena and is currently supplying 18 units to Braunschweig. Traminos are also in service in Poznan and Olsztyn in Poland.