THE French city of St Etienne has selected CAF in a €42m contract to supply 16 LRVs for the city's 11.9km light rail network, which consists of three lines and 35 stations. The vehicles are scheduled for delivery in spring 2016. 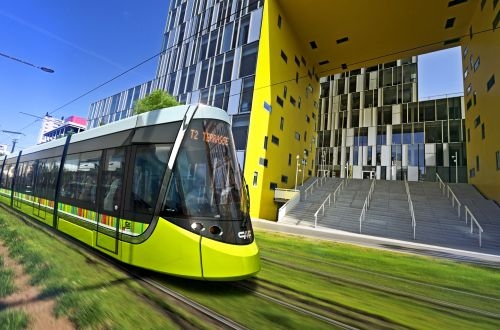 The 33m-long, five-section, low-floor LRVs are based on CAF's Urbos platform but have been specially adapted to St Etienne's metre-gauge network through the use of a 2.15m-wide carbody. Unlike the network's existing vehicles, the CAF LRVs are bidirectional and feature additional doors for greater operational flexibility.

CAF's success in St Etienne follows the supply of LRVs to the French cities of Nantes and Besançon and the €25m contract it secured to refurbish 35 Lyon Metro trains in September.