STOCKHOLM Local Transport (SL) has awarded CAF a contract to supply an additional 12 Urbos bidirectional LRVs for the city’s network, which will take the total vehicles produced by the Spanish manufacturer for the Swedish capital to 42. 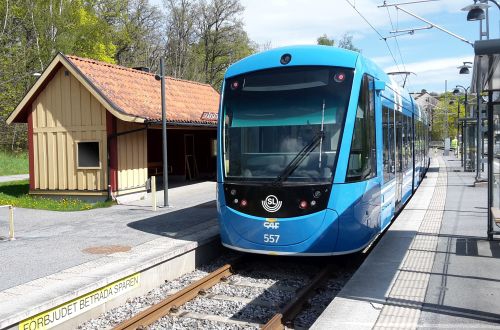 The contract is worth €37m and the 90km/h trams will be delivered in late 2019. The order is the latest option to be exercised from a contract for up to 121 LRVs which was signed in 2010. The initial order was for 15 vehicles, which was followed by orders for another seven LRVs, and a further eight sets in July, which are currently in production.

The latest order includes two four-section LRVs for operation on the Lidingöbanan and 10 three-section LRVs to increase capacity on the Tvärbana line, with an extension of this line scheduled to open in 2021.

CAF also confirmed that it signed a contract with Belgian light rail operator De Lijn on October 25 to begin manufacturing on the contract to supply up to 146 Urbos 100 LRVs for Antwerp, East Flanders, and West Flanders. The project was announced in late 2016, and approved in June following an appeal by Bombardier. The signing signals the start of manufacturing of the first 48 vehicles worth around €100m.