SERVICES on Stockholm’s light rail Tvärbanan were extended to the east on October 2 with the opening of a 600m extension from Sickla Udde to an interchange with the commuter rail Saltsjöbanan and local bus services at Sickla station. 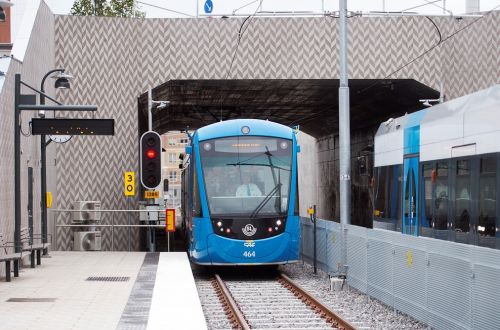 The opening of the extension enables passengers to travel from Solna in the north to the eastern district of Nacka without having to change at Alvik.

The extension includes the first section of grass track on the Stockholm light rail network.

In the longer term Sickla station will be served by an extension of the Stockholm metro Blue Line to Nacka.