PROPOSALS to connect Stockport to the Manchester Metrolink light rail network were published by Stockport Council on January 22 as part of a broader rail plan for the area, which has been developed in consultation with Transport for Greater Manchester (TfGM). 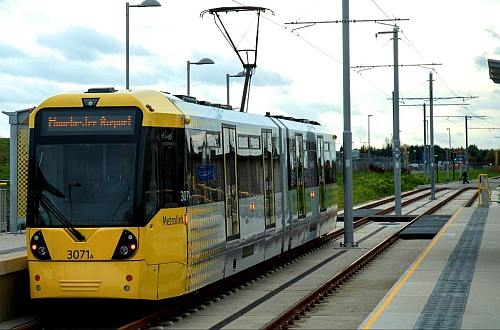 The plan, which was drawn up by Atkins, envisages conversion of the Manchester Piccadilly – Marple/Rose Hill heavy rail suburban service to tram-train operation, with a link to Stockport town centre via Belle Vue.

The report also identifies a number of other potential light rail lines in south Manchester, some using tram-train to take advantage of under-utilised heavy rail infrastructure in the area. These include (in order of priority):

The report recommends that further work should be carried out to establish feasibility, costs and benefits of all proposed Metrolink routes serving the Stockport area.

"At this point tram-train is one of the longer-term projects for Greater Manchester and it is something we will continue to support as long as we can," says chair of the TfGM committee Mr Andrew Fender. "Since we agreed an initial strategy [with Stockport Council] at the end of 2013 a lot of detailed work has been undertaken to ensure that, as and when the opportunity arises both in terms of funding and powers, we can realise the benefits of tram-train as soon as possible."

The report can be downloaded in full from the Stockport Council website (PDF).