THE French city of Strasbourg has launched services on a 1.7km extension to its light rail Line F, following an inauguration on August 29. 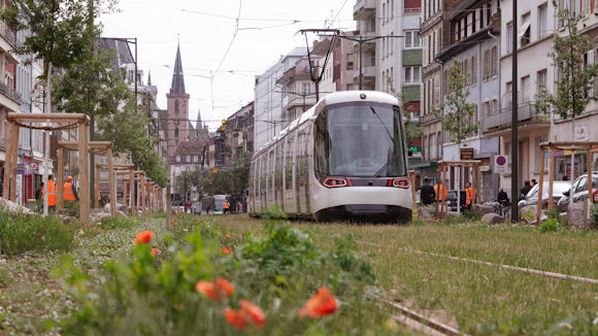 The line allows for travel times of 10 minutes between Comtes and Homme de Fer, and is intended to be the first stage of a further extension, which is scheduled to reach the Potteries Quarter, the terminus of Line D, by 2025.

It is hoped that the line will improve transport links for residents of the Gare and Koenigshoffen districts, and offer a more environmentally friendly alternative to private travel to reduce air pollution in the city.

Work on the extension was carried out over more than two years. During this period, archaeologists uncovered a range of artefacts including stelae, tombs and funerary objects. The relics have been incorporated into permanent exhibitions in the new stations.

The Line F extension follows the launch of a 1.6km northern extension to Line E in June 2019, which cost €19.4m and serves three new stations at Jardiniers, Mélanie and Robertsau/Escale.