MORE than 150 representatives and professional bodies from 12 countries participated in an online conference conducted by TransIsrael as part of the prequalification process for the tender to construct a tram-train line between Haifa and Nazareth. 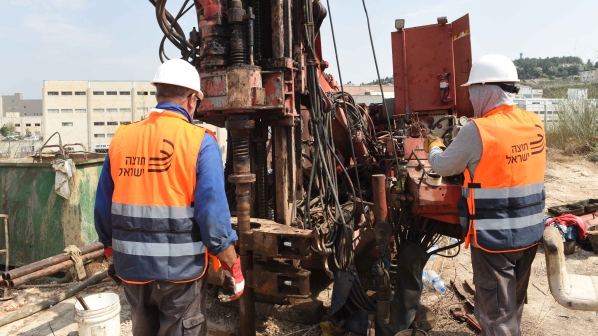 The participants included banks and investors, as well as national and international manufacturers and operators. TransIsrael, an agency of Israel’s Ministry of Transport and Road Safety, presented the tender principles along with the main engineering and financial issues, and announced that the concession tender is due to be published in the middle of 2021.

The 41km, $US 2bn Haifa - Nazareth project will have 20 stations in the Galilee and Haifa metropolitan areas. The line, which will carry 100,000 passengers daily, will start at HaMifratz central station in Haifa, Isarel’s largest transport hub, before running through Kiryat Ata. The line will then pass through the towns of Shfar’am, Bir El-Maksur, Mashhad, Reineh, and Nof HaGalil, before terminating in Nazareth.

As part of the prequalification process, TransIsrael will hold detailed meetings with the groups participating in the process. The groups must provide a consortium that can act as a concessionaire for the full project, from construction through to operation. This must include experience in a number of sectors including project management, operation, the design and construction of railway lines and signalling and track systems, and the manufacturing of LRVs and metro vehicles.

The groups must also meet requirements for financial stability with positive cash flow in the last three financial reports and more than $US 120m in equity.

Groups approved through the prequalification stage will be allowed to participate in the tender for the public-private partnership (PPP) to design, build, finance, operate, and maintain the line. There is no limit on the number of groups that can progress to the tender stage.

Minister for transport, Mrs Miri Regev, also announced a new name for the project: Nofit, which translates from Hebrew as Scenery. The name is meant to reflect the landscape of the mountainous Lower Galilee region which the line will run through.

“We’re proud of the impressive international interest in the project,” says TransIsrael CEO, Mr Dan Schoenbach. “It will enable us to work with the world’s leading companies in this domain, and build an LRV system based on innovative technology which will significantly change the shape of transport in northern Israel. We're now in the final planning stages, and in the second half of October 2020 we will start performing the initial works.”