STUTTGART Tramways (SSB) opened a northern extension to light rail Line U12 on December 9 from Hallschlag to Wagrainäcker to connect with line U14 and made several changes to its network on December 10 due to renovation work in the city centre. 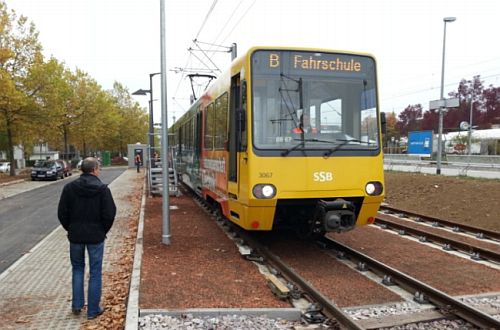 SSB is now operating 80m-long LRVs across the city from Neckargröningen Remseck in the north via Mühlhausen, Wagrainäcker, and the main station in the city centre to Dürrlewang in the south.

At the same time, SSB has cut back Line U14 to terminate at Mühlhausen instead of Neckargröningen Remseck. Line U14 now terminates at the main station instead of Südheimer Platz, and a new Line U34 has been introduced between there and Vogelsang.

Line U19, which ran from Neckar Park north to Bad Cannstatt Wilhelmsplatz has been extended further north to Neugereut paralleling Line U2.

Line U9 has been split in two and now runs from Hedelfingen via Charlottenplatz to Heslach Vogelrain, while a new Line U29 has been introduced between the main station and Botnang.