THE council of Velez-Malaga has approved plans to lease three CAF Urbos 2 LRVs, acquired as part of the Spanish town's abandoned light rail project, to Sydney for use on the Metro Light Rail line, which is currently being extended. 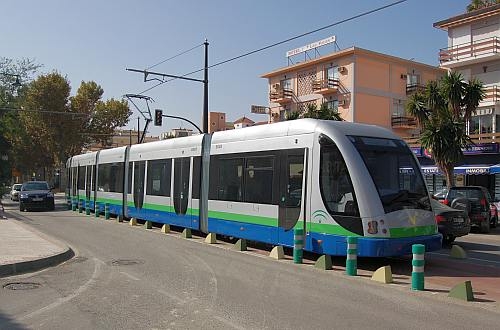 The Velez-Malaga light rail line was the first modern tram system in Andalusia, but it closed in June 2012 after just six years of operation because of the town's inability to fund an annual operating deficit of more than €1.6m over a total budget of €2.6m.

The council now expects to recover more than €280,000 per year with the lease, which will be carried out with CAF acting as intermediary. However Velez-Malaga will be left with a bill of €600,000 per year to cover the amortization costs of the fleet.

In August 2012 CAF was awarded a contract worth around €15m to supply six new and four leased LRVs to Sydney, three of which will come from Velez-Malaga.

The total cost of construction and rolling stock for the 4.7km line amounted to more than €40m, and its break-even point was calculated at 1.14 million passengers per year in a town with less than 80,000 inhabitants.

Although ridership reached 900,000 in 2007, demand plummeted as the economic situation worsened and the system carried less than 700,000 passengers in its final year of operation.

The failure of Velez-Malaga's light rail project echoes the fortunes of other systems in Spain. Another Andalusian city, Jaen, has been unable to open a brand new system due to insufficient funding, while the second line in Alicante has suffered a two-year delay and will now be operated by the publically-owned operator FGV, after two failed attempts by the regional government to find a private operator.