THE Finnish City of Tampere has signed an agreement with Pöyry, YIT and VR Track to implement the city’s €238.8m light rail project, with the Finnish government funding 70% of the infrastructure cost. 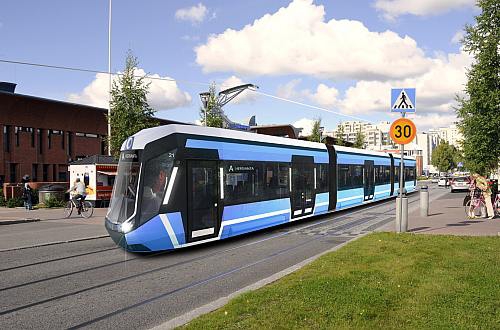 Construction of the first phase will start in the first half of 2017 and is expected to be completed by 2021. This comprises a 15km line running east from the city centre to Sampola, where it will split into two branches to serve the Central Hospital and Hervanta to the southeast where a depot will be constructed.

Phase two will be undertaken between 2021 and 2024 and will extend the line northwest from the city centre to Lentävänniemi.

The project will be implemented using an alliance model, whereby the client, designers and contractors cooperate throughout implementation.

Škoda Transportation’s Finnish subsidiary Transtech was selected in October as preferred bidder to build and maintain a fleet of low-floor LRVs.