FINLAND’s national train operator VR Group has won a tender for a contract to operate the Tampere light rail network. 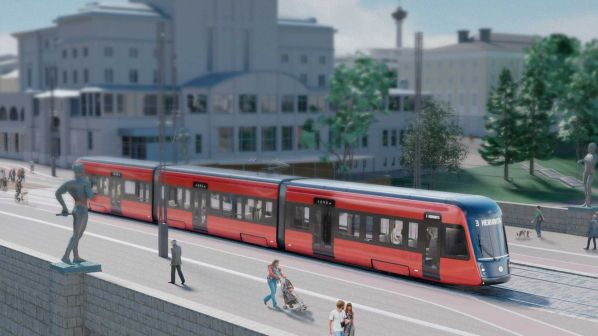 The contract with the City of Tampere includes a 2.5-year development phase and 10 years of operation. It is worth around €7m a year during the operating phase.

The development phase will begin in the summer and includes operational, personnel and timetable planning, trial runs and staff training.

Earlier this month the City of Tampere said the 15km first phase from Pyynikintori in the city centre to Hervanta and Tampere University Hospital is 54%-complete and on-schedule for its August 2021 opening. The project is also on course for completion within its €261m budget.

The city has also begun planning for the second phase off the project, which will extend the line west from the city centre to Lentävänniemi. The City Council is expected to make a final decision on whether to proceed with construction of Phase 2 by autumn 2020.

The first phase is being implemented by the Tram Line Alliance, which is formed the City of Tampere, YIT Construction Services, VR Track and Pöyry Finland.