UZBEKISTAN's capital Tashkent is to close its entire 90km tram network by August and sell its fleet of 80 trams, some of which are less than five years old. 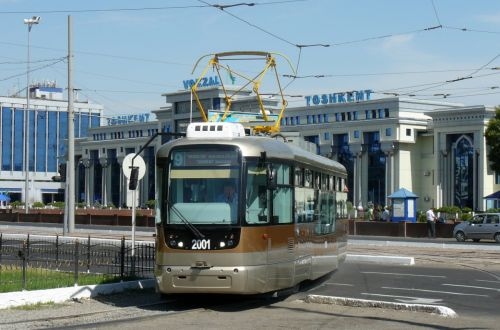 According to the city's mayor Mr Rahmanbek Usmanov, trams no longer provide an effective means of transport. The 1524mm-gauge 600V dc tram system only carries around 20,000 passengers per day, compared with 700,000 on the bus network and more than 2 million on the metro.

Removing tram lines will enable the city to widen some of its roads. The city council is planning to develop a third ring road to ease traffic congestion in central districts.

The contraction of the tram network began in 1999 but despite the gradual closure of lines, rolling stock renewal continued. In 2007 Tashkent acquired 30 KTM-19 trams from UKVZ, Russia, and in 2011-12 it received 20 VarioLF vehicles from Pragoimex, Czech Republic.

Tashkent's tram network is one of the oldest in central Asia, with the first line opening in 1912. In 1973 it became the only city in Uzbekistan to operate trams following the closure of the network in Samarqand.