The 21.16km line will run between Guadalajara and Tlajomulco de Zúñiga. 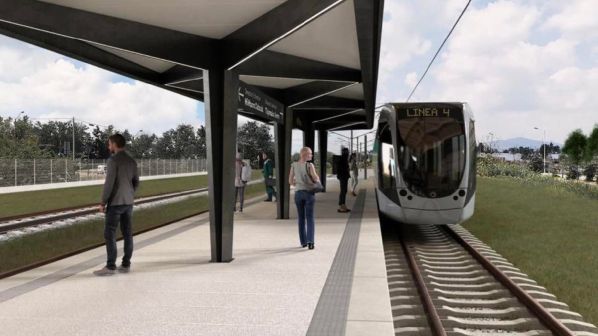 THE Mexican state of Jalisco has launched a tender for a public-private partnership (PPP) to build and operate the 21.16km Line 4 of the capital Guadalajara’s light rail system.

The light rail line will be built within the existing right of way of the main line freight railway operated by Ferromex, running to the south of the city.

The PPP contract will run for up to 38 years, with the private partner expected to provide 58% of the funding for the $US 479m project, while the state of Jalisco will provide 21.5% with the remaining 20.5% to be covered by Mexico's national infrastructure trust fund, Fonadin.

The line will have an end-to-end journey time of 35 minutes, with services operating at 40km/h. The line is expected to carry 117,000 passengers a day.

The tender for the PPP opened on August 16, with bids to be submitted by September 21. The contract is due to be signed in October with construction beginning that month. Services are due to begin within two years.

The construction of Line 4 follows the opening of Line 3 in September 2020.

For detailed data on rail projects in Mexico and around the world, subscribe to IRJ Pro.