CITY of Edinburgh Council has begun tendering for contracts to extend the city’s light rail line from its current city centre terminus at York Place to Leith and Newhaven. 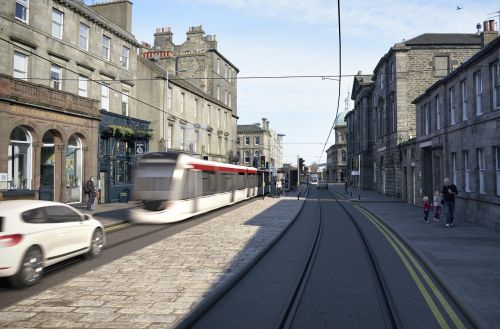 The outline business case for the 4.6km eight-station extension was approved by the Transport and Environment Committee and the council last month, enabling the procurement process to begin, although a final decision on whether to proceed with the £165.2m project will not be made until autumn 2018.

The council says this will enable it to evaluate the project’s affordability based on tender prices, provide further evidence of tram ridership growth on the existing line, and allow time for consideration of the conclusions of the Edinburgh Tram Inquiry.

A deadline of December 12 has been set for requesting documents.

The line to Newhaven was originally due to open as part of the first phase of the Edinburgh tram project, but construction of the section beyond York Place was cancelled in April 2009 after a massive escalation in the overall cost of Phase 1A.