WALLONIA Regional Transport (SWRT) has invited tenders for a PPP contract to finance, design, build, and maintain the first modern light rail line in the city of Liège. 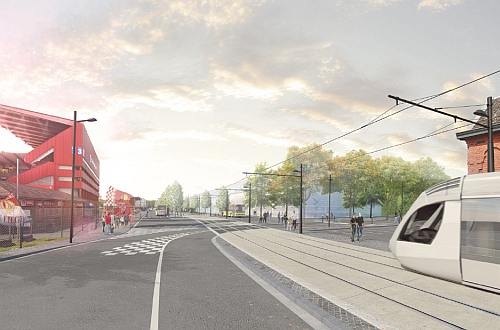 The initial €380m phase of the project involves construction of a 12.5km line with 21 stations following the north bank of the river Meuse from the Standard Liège stadium in the west to Liège-Guillemins station and Coronmeuse in the city centre, with a short branch crossing the river to serve Bressoux station.

In addition to civil works, the contract will include rolling stock, track, electrification, signalling and maintenance facilities but does not cover provision of fare collection equipment, which will be provided by SRWT. The deadline for expressions of interest is Friday September 14.

An environmental impact assessment is currently being carried out and this will be followed by a further period of public consultation on the plans next February. Preparatory works including utilities diversion are due to begin in late 2013 and full civil works will commence in May 2014. The line will be commissioned in June 2017.

In the longer term, the line will be extended west to Jemeppe Bus Station and northeast to Herstal, giving a total length of 18.9km.