TENERIFE welcomed the 100-millionth passenger to the island's 15.1km light rail network on January 22, seven-and-a-half years after the opening of the first line. 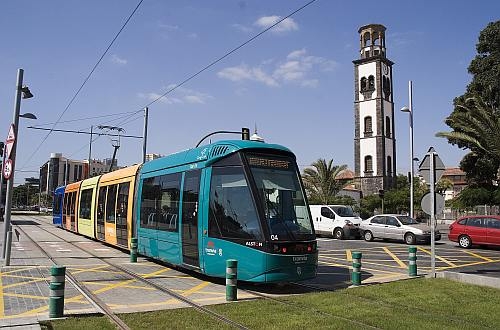 Line 1 from Santa Cruz to La Laguna was inaugurated in June 2007 and Line 2 from La Cuesta to Tíncer began operating two years later. The 27-station network has a fleet of 26 Alstom Citadis low-floor LRVs, which have travelled an average of 450,000km since entering service.

According to MetroTenerife's most recent passenger survey, 59% of passengers are female and 41% are male. The largest age group is under 25, which accounts for 34% of the network's ridership.

In 2014 the network carried 12.8 million passengers with average weekday ridership reaching 49,000 passengers, a 2.2% increase compared with the previous year.

The average trip length is 3.23km or 6-7 stops. The busiest station is La Trinidad, which serves a World Heritage Site and is used by around 120,000 passengers per month.