DYNAMIC testing began on the 5km branch of Paris tram-train line T4 from Gargan to Montfermeil on July 15. 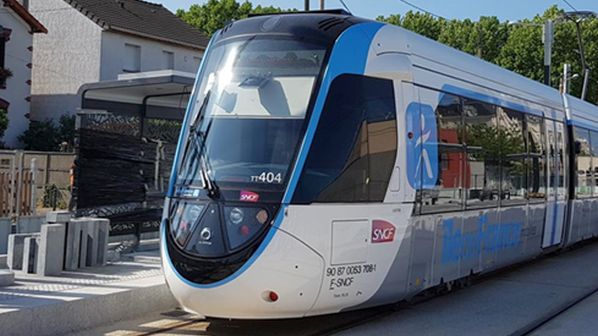 The initial phase of testing is focussing on gauging, power supplies and signalling systems. Two of the 15 Alstom Citadis Dualis tram-trains on order for Line T4 are being used for the initial tests.

Later in the summer testing will be extended over the entire route from Bondy to Montfermeil with up to 11 tram-trains in operation at an average speed of 20km/h. The new tram trains will also be tested on the existing Bondy - Aulnay-sous-Bois section of Line T4.

From September, tests will be stepped up on the nine-station branch to simulate real operational conditions.

The Gargan - Arboretum section is due to open in December.

Line T4 is operated by French National Railways (SNCF) under a contract with Ile-de-France Mobility.