SIEMENS announced on March 13 that The Hague Tramways (HTM) has exercised an option worth around €55m for 20 additional Avenio low-floor LRVs, taking its total order to 60 vehicles. 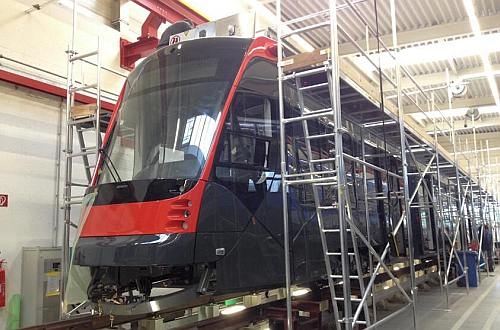 HTM placed an initial €100m order for 40 Avenios with Siemens in November 2011, and production is now underway at Siemens' Simmering plant in Vienna. Following tests at Siemens' Wildenrath test track, the first vehicles from the initial order are due to be delivered to the Netherlands this summer.

Each 35m-long bidirectional vehicle will accommodate 70 seated and 168 standing passengers.

A full description of the Avenio can be found here.