THE first phase of the Tianshui City Tram Line 1 opened on May 1, running from Tianshui railway station to Wulipu. 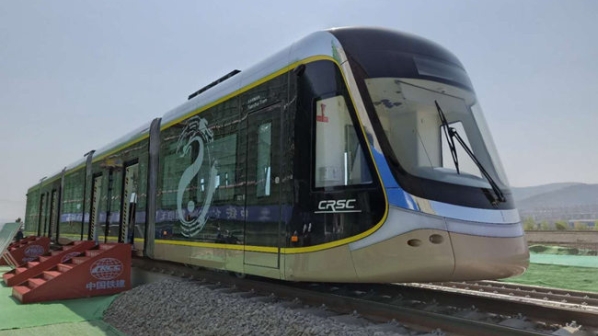 The 17 five-car low-floor LRVs are equipped with batteries for catenary free operation. The vehicles are fitted with an audio passenger information system that will provide updates on timetables, flight information and scenic locations along the line.

The stations and trains also feature CCTV, and multiple forms of payment including QR codes, WeChat and Alipay are available.

Each LRV has 58 seats, with capacity for up to 370 passengers, with a maximum speed of 70km/h.