TRAMS are set to return to the streets of Tours tomorrow (August 31) when the city officially inaugurates its first 15km, 29-station light rail line, 64 years after its original network closed. 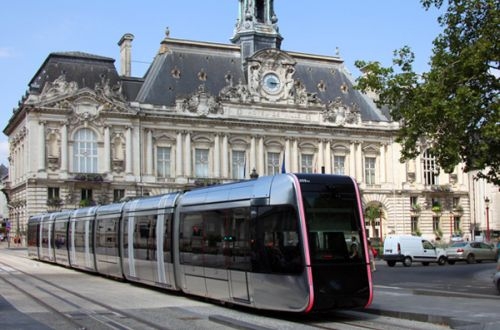 Construction on the north-south route from Vaucanson to Jean Monnet began in summer 2010 and is estimated to have cost over €400m.

The line is expected to serve 54,900 passengers per day and will use 21 seven-section Alstom Citadis LRVs, which are 43m long and have capacity for 280 passengers.

Alstom secured the €73.2m contract for the trams in September 2010, which included the installation of its APS catenary-free power system on a 1.8km section of the line between Tours' main station and Place Choiseul. APS uses a ground-level supply system situated between the tracks to power the vehicle as it passes over the track and has already been successfully applied in Bordeaux, Reims, Angers and Orléans.

Tours is considering building a second light rail line, but no plans have yet been finalised.