LUXTRAM, the public company responsible for developing the first light rail line in Luxembourg, announced on July 19 that the first sections of track for Line 1 have been laid in the district of Kirchberg north of the city centre. 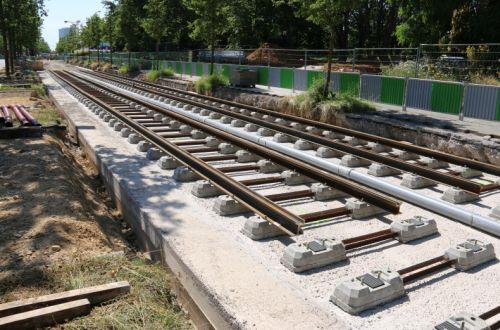 The initial 6.4km phase of Line 1 will link the city's main station and Place de l'Étoile in the city centre with the LuxExpo exhibition centre in Kirchberg.

Luxtram says 20km of the 33km of rail required for the initial section have now been delivered.

Testing will begin early next year and the line is due to open in mid-2017.